A buzzword for companies, products, and services driven by both real estate and technology, “PropTech” has emerged over the past several years at a rapid pace, captivating the traditional real estate industry.

As investor interest in the PropTech space continues to intensify, leaders in the real estate and technology industries have made a concerted effort to focus that interest on those start-ups with the greatest potential to make a tangible, productive impact on the built environment.

The Urban Land Institute’s (ULI) Boston/New England Technology Council has been instrumental in bringing those companies to the front of the pack, in particular through its annual “Shark Tank” competition. Through this intensive question and answer session between PropTech thought leaders and start-up companies, ULI has encouraged these up-and-comers to hone their message, face tough truths about their products, and become more valuable assets to the evolution of the built environment.

ULI’s 2018 “Shark Tank” Competition featured a class of burgeoning start-ups that have since emerged as exciting, thriving players in the PropTech world.

On January 16, 2018, the team behind VentureApp announced its pivot into PropTech with HqO, a platform that allows real estate operators to easily provide tenants with, among other things, curated amenities, quick access to building services, and community engagement opportunities. The HqO team dove right into dangerous waters, bringing its new product to ULI’s 2018 “Shark Tank” Competition just days after that announcement.

What followed was a tidal wave of investor interest. On September 27, 2018, HqO announced a $6.6 million round of seed funding from Accomplice and a consortium of PropTech leaders including JLL Spark, Navitas Capital, DivcoWest, and Pritzker Group Venture Capital. Soon after, on February 8, 2019, HqO added to its roster of strategic investors, announcing the investments of Jamestown and MetaProp.

The growth of PropTech is being driven not just by new, interactive software-based offerings, but also by innovative hardware intended to enhance not just the way we experience the built environment, but also the way we create it.

Starry, the winner of ULI’s 2018 “Shark Tank” Competition, is hoping to give real estate owners and tenants a simple, cost-effective alternative to traditional fiber optic internet access by providing 5G broadband through its exclusive hardware—including Starry’s state-of-the-art touchscreen “Starry Station” router. Founded in 2014 by Joe Lipowski and Chet Kanojia, formerly of Aereo, Starry followed its win at ULI’s 2018 “Shark Tank” Competition by launching a Series D funding with the goal of raising up to $125 million, according to Pitchbook. If Starry closes on the full authorized raise, it will have achieved a reported valuation of $870 million.

Concrete Sensors, founded in 2014 by Brendan Dowdall and Ryan Twomey, won ULI’s 2019 “Shark Tank” competition by highlighting the construction efficiencies realized through the use of its proprietary wireless sensors, which are embedded in concrete and relay strength, temperature, and humidity data to software used by contractors to evaluate their concrete foundations.

At its core, ULI’s mission is to provide leadership in the creation, use, and evolution of the spaces in which we live and work.  By exposing HqO and other companies to constructive, practical feedback from a cross-section of real estate and tech leaders, ULI has helped turn these pioneering start-ups into positive contributors to our collective experience in the built environment.  No doubt the industry is only beginning to realize the potential breadth and speed of change to come. 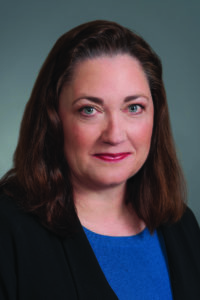 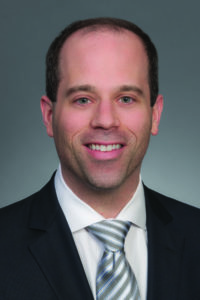