When this disaster struck, Massachusetts Governor Charlie Baker declared a state of emergency and tapped Joe Albanese, the CEO and founder of Commodore Builders, to lead the recovery effort. Albanese recently provided a briefing for Urban Land Institute members and shared his observations from this extraordinary effort, which had intertwined humanitarian and construction components. This article focuses on the latter.

As Chief Recovery Officer, Albanese headed up a massive utility construction and restoration project. Even in the face of a true humanitarian crisis, the recovery team had to approach the task at hand by employing the same basic principles it would for any large-scale construction project.

In this case, scores of plumbers, electricians and other laborers replaced 45 miles of gas pipeline, recertified another 13 miles of pipeline, and restored power to 10,500 residences, community buildings, and businesses. $450 million dollars of construction was completed in about 11 weeks. It required a precise focus on both short-term and long-term goals.

Many in the construction industry are familiar with the term “scope creep,” which refers to the steady increase in a project’s scope that can derail the budget and schedule. Albanese introduced me to the analogous term “mission creep,” which he learned as a Navy Seabee—the branch’s construction force, where he ascended to the rank of Commodore (hence, the name of his company). Albanese was keenly aware that without a precisely-run, military-type of operation, the Merrimack Valley effort could have run into command, control and coordination troubles. He assembled a leadership team comprised of retired naval officers and began each morning with a staff meeting designed to define the mission to be accomplished that day. These meetings kept everyone aware of the job at hand and also served to limit mission redefinition. In other words, they kept “mission creep” at bay and preserved core objectives.

During his presentation, Albanese emphasized another reason the effort was successful – access to capital. Money was never tied up or unavailable to purchase supplies and pay employees. It was essential to delivering the work product and maintaining the schedule.

Another takeaway from the Albanese briefing: the collective mission took precedence over individual egos. “Meet your new boss” was what Gov. Baker said when he introduced Albanese to Columbia Gas officials involved in the recovery.  This could have engendered lasting resentment. But as Albanese noted, Columbia Gas officials swallowed some pride for the good of the project and focused on teamwork.

With so much talk about a federal infrastructure program – as well as the complaints many have with the current state of our infrastructure – one can’t help but wonder how the Merrimack Valley effort will be studied and followed in the future. It doesn’t mean one needs to declare a state of emergency to get things done, nor does it mean that the Merrimack Valley recovery effort was perfect. Even as Albanese talked about his team’s efforts to overcome challenges, he was quick to point out that more work remains to be done; Phase II of the effort now underway includes resolving ongoing service problems and paving roads.

The lessons learned through the Merrimack Valley recovery effort can help form a roadmap for future infrastructure projects. To be successful, these projects will need adequate definition at the start and continuous efforts to contain scope. Further, they must be adequately funded. Any successful infrastructure project also needs engineers and contractors that can work together under strong leadership that inspires teamwork.  Sometimes it takes an extraordinary event to remind us of the basic principles. So be it. Let’s get to work. 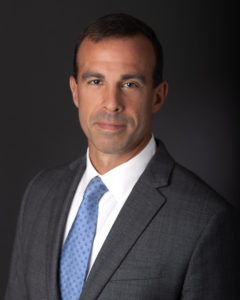 Jed Ruccio is a construction lawyer at Mirrione, Shaughnessy & Uitti, LLC and co-chairs the Infrastructure Council at the Boston/New England Chapter of the Urban Land Institute.