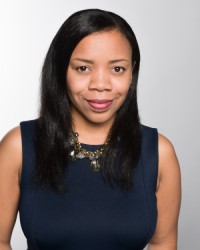 Thomas P. O’ Neil, the former U. S. Speaker of the House and representative from Massachusetts, famously said “All politics is local,” and when it comes to addressing issues of housing, Tip couldn’t have been more on-target.  As we enter a new decade, what seemed to be a promising solution to the mounting housing shortage in Greater Boston, got stuck in the mud on Beacon Hill. When the legislative session closed, Gov. Charlie Baker’s Housing Choice bill was left behind. The bill offered a plan to green-light development in communities where a majority of the local representatives vote “yes.” Current state law mandates a two-thirds vote to pass local zoning changes; the Baker bill would have changed it to a simple majority.

When he first introduced the concept in 2017, Gov. Baker wanted to encourage municipalities to plan and build the diverse housing stock that the Commonwealth needs to continue to thrive. Many local lawmakers support the notion, but inertia prevented the bill from moving forward. It lagged in committee where state reps weighed constituents’ concerns about overdevelopment with the state’s real need to build homes working people can afford to live in.

In 2019, the average rent in Boston jumped roughly 4 percent to $3,165. It’s estimated a third of middle-income households in the region are already devoting more than 30 percent of their income to pay rent or a mortgage, a burden that is forcing more and more middle-income residents to move out of Greater Boston and look for homes in more suburban and rural communities. But when they do, they find limited options or a community unwilling to build a housing stock for moderate-income families, seniors or young professionals. Beyond that, many of these communities lack access to public transportation.

Even before the Housing Choice bill was declared dead last year, opposition to changing the two-thirds majority for local zoning changes has been coming from local residents and from communities themselves. In the Town of Needham, where more than 12 percent of the housing stock is subsidized, the select board requested lawmakers consider excluding them – and the 70 other communities that have countable Subsidized Housing Inventory (SHI) of at least 10 percent – from any possible change to the majority rule. Apparently, some communities don’t want to let go of the lever that can prevent large-scale development from happening without a supermajority.

In November of last year, cities and towns across the Commonwealth went to the polls to elect people that will make decisions on the future of housing in the region. At a time when many Bay State residents are feeling the pressures of an out-of-reach housing market, voter turnout was light in many of the inner core municipalities where housing is a pressing issue turnout: 11 percent in Boston, 10 percent in Quincy, and 14 percent in Milton. In Cambridge and Somerville, there was higher interest with a 31 percent and 25 percent turnout rate.  In many of these communities, political ideologies on housing were front and center on the ballot; still, most eligible voters didn’t find their way to the polls.

Leaving the region’s housing policy in the hands of such a small group of citizens is not responsible. If only the “not in my backyard” contingent and the “more housing for all” contingent are taking part in local housing elections, we are missing the chance to address the housing issue on a broad scale. The best interests of a community may be served by a new, mixed-use development near a local MBTA station, but if most voters are not engaged, the project can never get started.  It’s time for the average voter to understand the impact they have on the future of housing when it comes to local elections.

Much attention is being focused on the 2020 presidential election. In Massachusetts, local elections are the place of power when it comes to the future of housing production in the region. They are also ground zero when it comes to building new housing for people who are not super-rich. Tip O’Neil knew the power of local politics. He also knew democracy works best when more people are making their voices heard. If local communities are going to tackle issues of housing affordability, getting the average voter to understand the power of local elections may be the key to addressing the issue.

Manikka Bowman is director of policy and outreach for ULI Boston/New England.