Join us on March 4th to hear from Morgan Pierson, Director of Development at Berkeley Investments, who will discuss 176 Lincoln Street.

Register Yourself Register Two or More
View Event Attendees
176 Lincoln Street is a proposed 810,000 SF mixed-use redevelopment on more than 5.2 acres in Boston’s Allston/Brighton neighborhood. Located on what was formerly a Carnegie Steel industrial operation, near the Boston Landing commuter rail station and the Massachusetts Turnpike. Since its historic industrial past, the site was envisioned to be an “Internet City”, a center  focused on telecommunications but was abandoned after the early 2000’s dot-com bubble burst and left the partially-built structure that can be seen today. For the past 30 years, the site has essentially sat vacant as much of the surrounding neighborhood has grown and evolved around it.
Today the site is well-located within a burgeoning life science cluster and nestled in the heart of the well-established and thriving neighborhood of Allston. The proposed redevelopment includes 2 acres of open space, 550,000 SF of life science and office space, 314 residential apartment units and 20,000 SF of retail. 176 Lincoln aims to stay rooted to the site’s industrial past while transforming this long-vacant parcel into an “innovation village” – a place to support potential biomedical breakthroughs alongside artistic and creative endeavors, all connected by community open spaces that are welcoming to everyone. 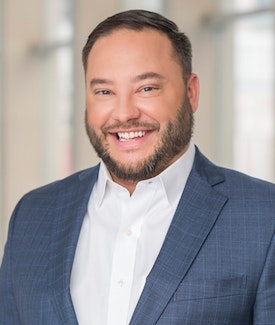 Morgan Pierson manages Berkeley’s mixed‑use ground‑up Developments, including Berkeley’s upcoming 176 Lincoln Street project. In this role he oversees Berkeley’s team of project managers across all of the company’s development projects from due‑diligence through project completion. Prior to joining Berkeley, Morgan was Director of Development at Greystar where he oversaw a variety of housing projects throughout the Greater Boston area. Previous to Greystar he was Vice President of the Mount Vernon company where he oversaw the permitting and development of commercial, housing and hotel projects. Morgan is a member of ULI and NAIOP and a longtime Boston resident. He holds a BA in Economics from George Washington University and an MS‑RED from the Massachusetts Institute of Technology.
View in Member Directory Will open in a new window

This four-session educational series is presented in one-hour topical segments by the ULI Greenprint Center for Building Performance.

Join us on March 4th to hear from Morgan Pierson, Director of Development at Berkeley Investments, who will discuss 176 Lincoln Street.