Register Yourself Register Two or More
View Event Attendees
Senior Housing Assisted Living & Memory Care
and
Continuing Care Retirement Community (CCRC) Facilities Who's
Developing, Operating and Financing and What's Changed?
July 23,  2020
12-1 pm  EST
Via Zoom Webinar
Complimentary Registration
The Covid-19 crisis has hit senior care facilities especially hard due to the vunerable  population they serve.  Hear from top CRE industry professionals as they frame this discussion with current & future demographic and market trends, present illustrative case studies and data, as well as speak to the operational challenges associated with
managing these types of facilities during and post-pandemic.
This is a session not to be missed! 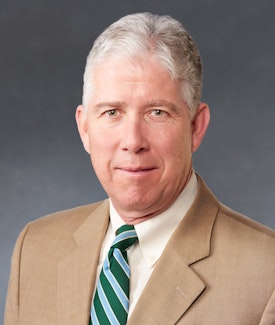 Arthur Collins As the co-founding Principal and President of Collins Enterprises, LLC, Arthur Collins is in charge of all development activities for the company. His responsibilities include sourcing new projects as well as budgeting, design, construction and timely delivery of the company’s redevelopment and development initiatives in all markets. Mr. Collins has 35 years’ experience in managing development and construction for major residential and commercial projects in the New York market and in the Hampton Roads area of Virginia. As a planning and development feasibility consultant, Mr. Collins has also helped cities such as New Orleans, Yonkers, NY and large corporations maximize their financial returns through innovative land use concepts and building design. Mr. Collins initiates company policy and charts strategic direction along with the company directors. Mr. Collins has been a Key Leader in the Urban Land Institute for 35 years, and is Chairman of the Connecticut/Westchester District Council. Mr. Collins is asked often to speak at conferences and seminars dealing especially with creative land use and urban redevelopment. He has a Bachelor of Science degree in Geology from the University of Oregon and a Master’s degree in Urban Design from the University of Pennsylvania. Mr. Collins is a former trustee of the Conway School, a graduate institution in land planning in Massachusetts, a Real Estate advisor for the Kent School Board of Trustees in Connecticut, a speaker at Columbia University, Pace University and Yale, and is active in the Land Use Law Center at Pace University.
View in Member Directory Will open in a new window 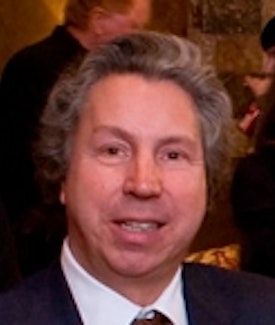 David started his business career in his family's neckwear manufacturing business. He was, alas, destined to be the third and last generation Reis in the business. At the age of 28 and with $25,000 cash in the bank David decided to leave the family business and start a real estate development company specializing in seniors housing. Thirty years later, as a nationally known expert in the senior housing field, David has developed, and/or has purchased, distressed Continuing Care Retirement Communities (CCRC's), also known as Life Plan Communities, in excess of a billion dollars. David has also developed retirement-oriented projects that span the continuum of care from independent living to assisted living to nursing homes. The growth of David's organization has not changed his essential business philosophy: a focus on a select few projects under development at any one time, and a dedication to quality. As the Managing Member of his affiliated company (Senior Care Holdings, LLC), David was one of a handful of investors who came together to purchase approximately 175 nursing homes across 19 states, which were subsequently sold to G.E. Capital in 2006. Following that, in 2007, an affiliate of Senior Care Holdings invested in a deal to take Genesis Healthcare Corporation private for $1.4 billion. Genesis owned or managed over 210 nursing/assisted living facilities concentrated primarily in the Northeast. In 2011, the investment group sold Genesis Healthcare's real estate holdings to Health Care REIT (now known as Welltower) while retaining the operating company, which, along with its subsequent acquisition of Sun Health Care, was generating approximately $4.6 billion in annual revenue. David became a member of the newly reconstituted Board of Directors and chaired its compensation committee for several years. In February of 2015, David and his fellow investors brought about the culmination of the Genesis growth strategy by combining it with Skilled Healthcare Group, Inc. to create one of the largest post-acute care providers in the country, with management services and/or ownership of more than 500 skilled nursing and assisted/senior living communities in 34 states, and more than 1,800 rehabilitation therapy centers in 47 states. The new company employs nearly 95,000 people and has combined yearly revenue of approx. $5.0 billion dollars. David was a member of the board of Genesis Health Care until June 2019. Along with helping to engineer the highly successful evolution of Genesis Health Care, David's related entities have held investments in companies that operate upwards of 140 nursing homes providing care for some 15,000 seniors in 9 states from Maine to Florida. David has participated on many non-profit Boards over the years including: Trustee of his alma-mater Hampshire College, Executive Board Member and Chair of the Building Committee for Solomon Schechter School of Westchester where he oversaw the land selection, entitlements, and construction of both a middle school and high school; as well as being a Board member of The Windward School where he also chaired the Building Committee and the construction of a middle school renovation project. David currently is a member of the Executive Committee of Maine Coast Heritage Trust (www.MCHT.org) the largest land trust in the State of Maine where David spends many a summer.
View in Member Directory Will open in a new window 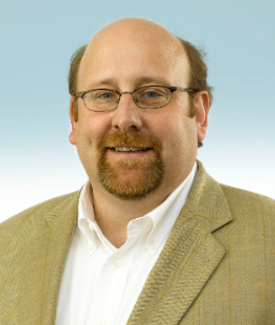 John Moore is the Chairman and Chief Executive Officer of Atria Senior Living, Inc., a national seniors housing operator with its support center in Louisville, Kentucky. Mr. Moore has served on the board of Atria and its predecessor's boards since 1999, and as Chief Executive Officer for Atria and its predecessor since 2003. He was elected as Atria's Chairman of the Board in 2012. Mr. Moore is a member of the Board of Argentum, a senior housing industry trade association, and former Chairman of the Board of the National Investment Center for Seniors Housing and Care. He has also been a member of various industry associations including the Pension Real Estate Association. Mr. Moore was previously a Managing Director of Lazard Alternative Investors and a Managing Principal and Chief Financial Officer of Lazard Real Estate Partners (LREP). LREP managed the investment funds that owned Atria's predecessor, Atria Senior Living Group until 2011. Either in connection with his roles with LREP or as Atria's Chief Executive, Atria has been Mr. Moore's main business focus since 1999. Prior to joining LREP in 1998, Mr. Moore was Executive Vice President and Chief Financial Officer of World Financial Properties, a private New York City-based office property owner/operator and a predecessor to the public company Brookfield Financial Properties Corporation. Previously, he worked with Olympia and York Properties as Senior Vice President, Finance and led the financial and restructuring efforts in the company's $5 billion bankruptcy reorganization. Prior to joining Olympia and York, he worked as a real estate lender with the Sumitomo Bank in New York and Sovran Bank in Norfolk, Virginia. He is a graduate of Yale University.
View in Member Directory Will open in a new window 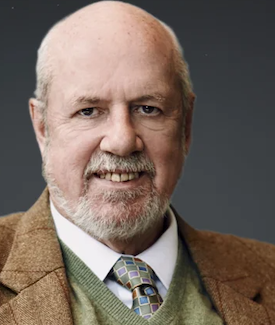 Bradford Perkins is the founder and Chairman of Perkins Eastman Architects, a 1000 person architectural, interior design and planning firm based in New York City. The firm has 13 offices in North America and four overseas. The firm offers a number of specialized design services and has the world's largest specialized practice focused on the design of senior living facilities. Perkins Eastman has completed over 600 senior living projects across North America as well as in a growing list of countries around the world. Over 50 of these projects are located in Westchester, Fairfield and other parts of the New York metropolitan area. He is the primary author of two text books on the planning and design of senior living as well as seven other text books on other architectural subjects all published by John Wiley & Sons. He has a BA from Cornell, a Bachelor of Architecture from Cornell and CCNY, and an MBA from Stanford. He is on the faculty of Cornell's College of Architecture where he teach in the school's New York program. He and his family are longtime residents of Scarsdale.
View in Member Directory Will open in a new window 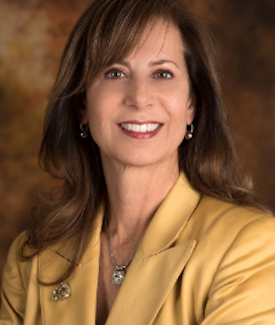 Yasamin Al-Askari is a Senior Vice President and a Relationship Manager in the Senior Care Finance Group (Senior Care) for SunTrust now Truist's Commercial Community Bank. Senior Care is a specialty unit dedicated to servicing the senior living industry, including CCRCs, Assisted Living, and Skilled Nursing facilities, bringing industry-focused solutions to meet clients' unique needs. The Group has over 225 clients and over $7.5 billion in credit commitments outstanding. We are on the forefront of relevant market trends, capital structures and financing arrangements. Yasamin has been in banking for over thirty years and working with SunTrust now Truist organizations for over nineteen years. Yasamin is active in the community serving in various capacities and most recently as the Board Treasurer for DC Habitat for Humanity and a board member of the Finance & Administration Roundtable. In her portfolio, Yasamin manages senior living communities in the Greater Washington, Kentucky, Virginia, California, and Northeastern regions. She is a graduate of New York University (BA in Economics) and George Mason University (MBA in International Finance).
View in Member Directory Will open in a new window

ULI Asia Pacific REImagine is an interactive virtual experience that will unite members from Asia Pacific and beyond to examine ULI’s role in pushing cities, the real estate industry, and communities forward in the ever shifting ‘new normal’.

Be a part of the most influential real estate event of the year. Join thousands of leaders from every sector of the industry October 13-15, 2020.

Webinar This webinar will be hosted by Zoom HONG KONG